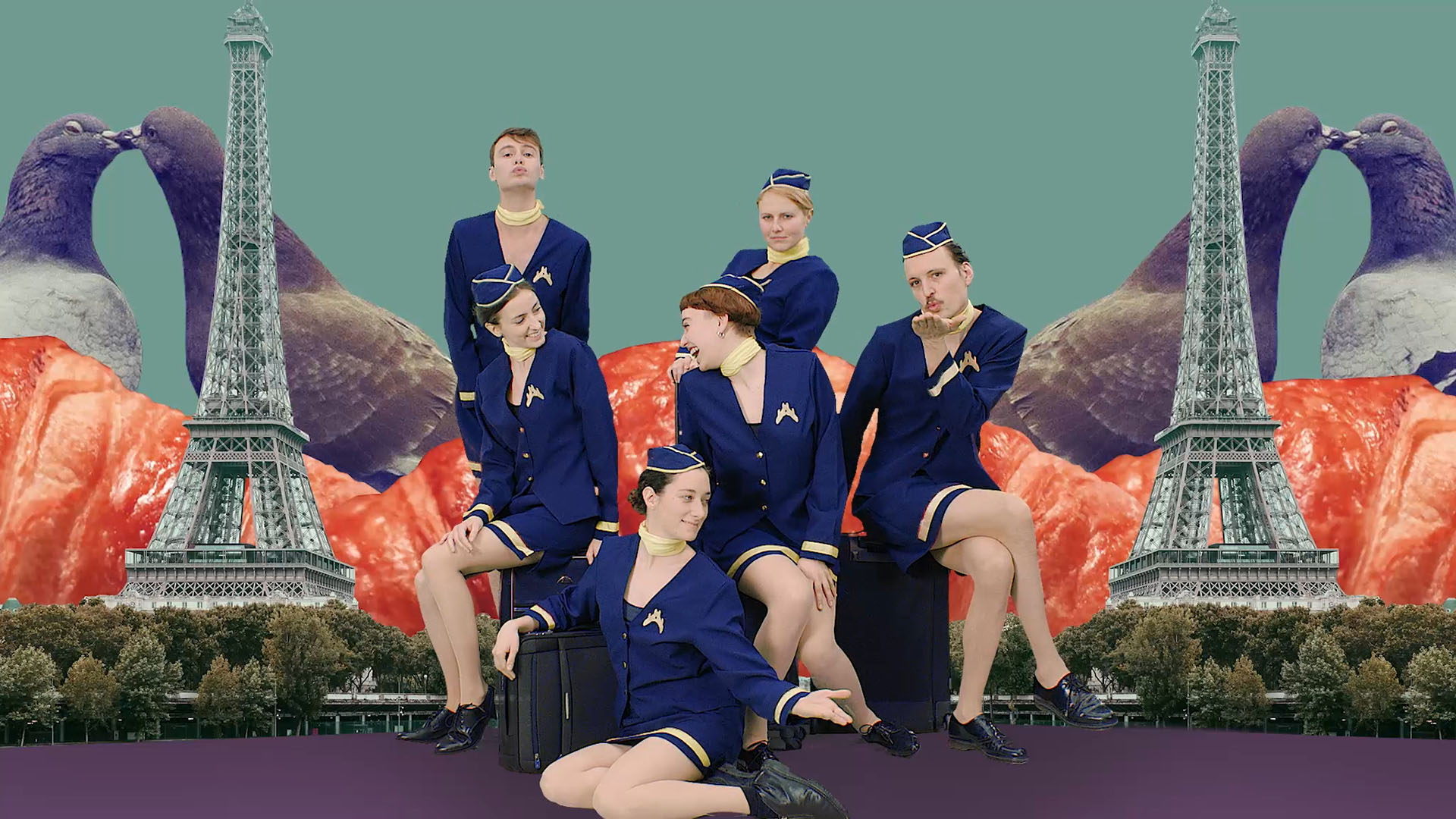 A bright and breezy ad for an airline. In the current lockdown, this is just what we want isn’t it? But as we look below the surface we are faced with the environmental consequences of our actions. The glossy and glamorous world of the music video and commercial clash with the all too real dangerous effects of air travel. 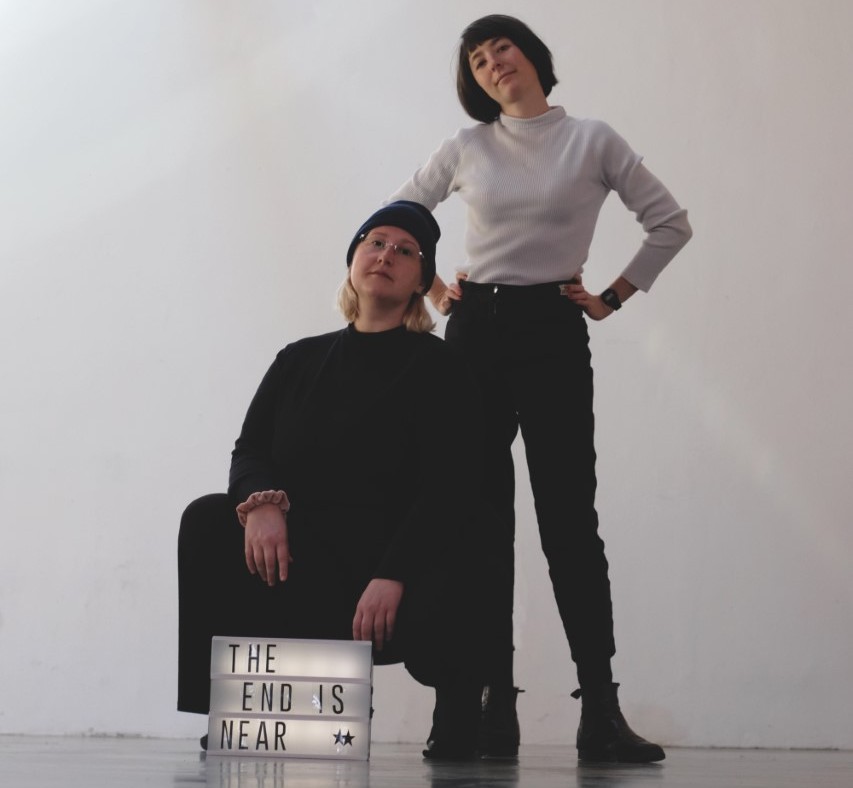 Tell us about yourself and your background as filmmakers.

I was born in Bordeaux and first studied Philosophy. Since 2014, I have been studying Directing at the University of Television and Film (HFF) in Munich. My works consist of experimental shortfilms and hybrid (documentary-fictional) forms. I also worked as dramaturgy assistent for the Münchner Kammerspiele. Franziska Unger: I was born in Heilbronn and studied Architecture in Dresden and Budapest. I worked for three years as an architect and since 2018 I also work in visual art and film. My works under the pseudonym "tanpopo" consist of music videos, experimental film projects and graphic design. Apocalypse Airlines was our first co-directing collaboration .

Where did the idea for Apocalypse Airlines come from?

We wanted to make a very short film, that would confront the audience with their own contradiction : knowing about the climate change and the ecological footprint of air travel on the one hand but still wanting to enjoy our privileged way of life on the other hand: travel through the world, live exotic experiences, be "everywhere" in a very short time... We thought about all the advertising we are permanently confronted to and about the way advertising videos try so "sell" us a very fake idea of modern "coolness" or "freedom". We decided to make a film that would somehow look like an ad for a fictive airline and to work with exaggeration to make the contradiction in which we are living in sensible. We wanted the "message" to be very clear but also have a kind of humor in the way to express it.

What made you go for the style you did?: the bright and brassy look of a pop video but the underlying stark and bitter message. Was there any influences on you in taking this approach?

We watched a lot of advertising (any kind of Airlines from Quatar Airlines to Lufthansa, butvalso other "brands" from very different countries and times) and thought about the wayvadvertising works. We wanted to mix the advertising aesthetic with found-footage ofvclimate catastrophe. It was not about nuancing the message, but about being catchy. Wevhad only 400 € for the project and two days shooting-time at the filmschool-studio, so we knew, it had to be very short and precise. We had the idea of using the green screen and the animation to visualize the things that we could not be able to shoot. We first wrote the lyrics of the rap song and asked a band to record it, then we developed a story board based on the song. After the shooting we had a lot of editing / animation work and found new ideas in the postproduction. Actually, we had no direct inspiration, it's more a mix. Both of us like music videos and musicals, Franziska brought a lot of her knowledge in Photoshop and Grafics, Camille worked on the texts, we mixed our different styles and point of views, and the whole team was also very supportive and brought many ideas.

Has there been a good response to the underlying message of the film?

Yes and no. Since 2018 (when we began to work on the film), the climate change became one of the most important topics in the medias, in the civil society and in the political discourses. The awareness about the urgency of the situation is there. But at the same time, the answer does not fulfil the requirements. One example, there is still no kerosene tax. This is absurd.

What are you working on next?

We are in the postproduction of our next short film: "Apocalypse Baby, we advertise the end of the world". It is a home-shopping show in year 2050, in which the moderators (played by ourselves) will present the new products that should help the humankind to survive the climate apocalypse. It is still about consuming and the climate crises but also about privilege: if we have to adapt ourselves to the climate crises, who can really afford it ?