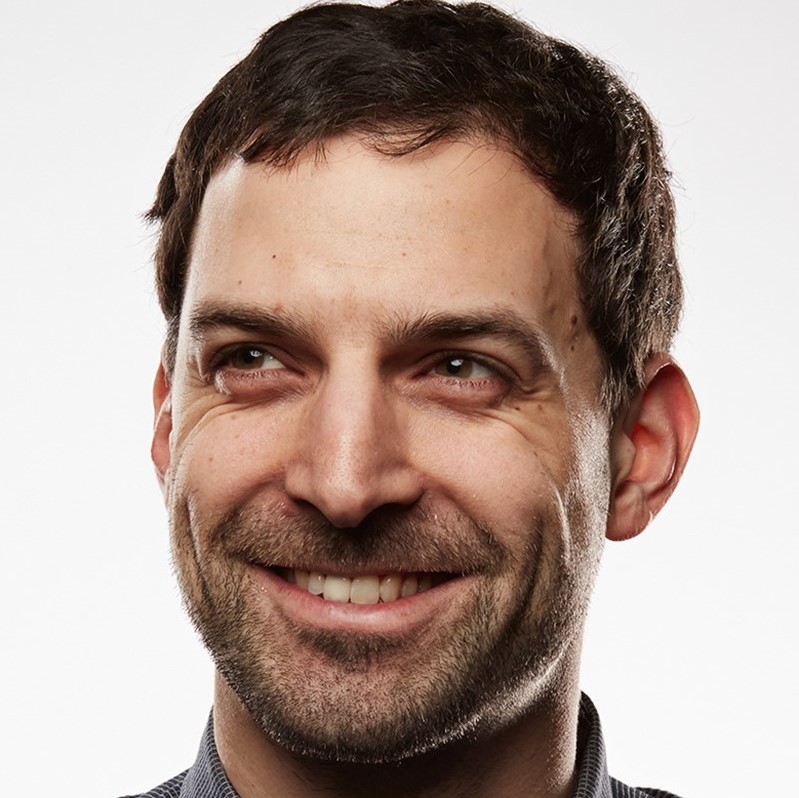 Fabian Driehorst is a producer of documentary and animated films, living in Hamburg. In 2012 he founded the studio Fabian&Fred with Frédéric Schuld (Author, Director). His films have been selected to over 800 festivals and he has won production grants such as AFAC, Doha Film Institute, Jihlava Film Fund and the Film Prize of the Robert Bosch Stiftung and scholarships for development by Wim Wenders Stiftung and Gerd Ruge. He has participated in the training programs Berlinale Talents 2016, Documentary Campus Masterclass 2018, AniDox 2019 and ACE Producers Animation 2020. 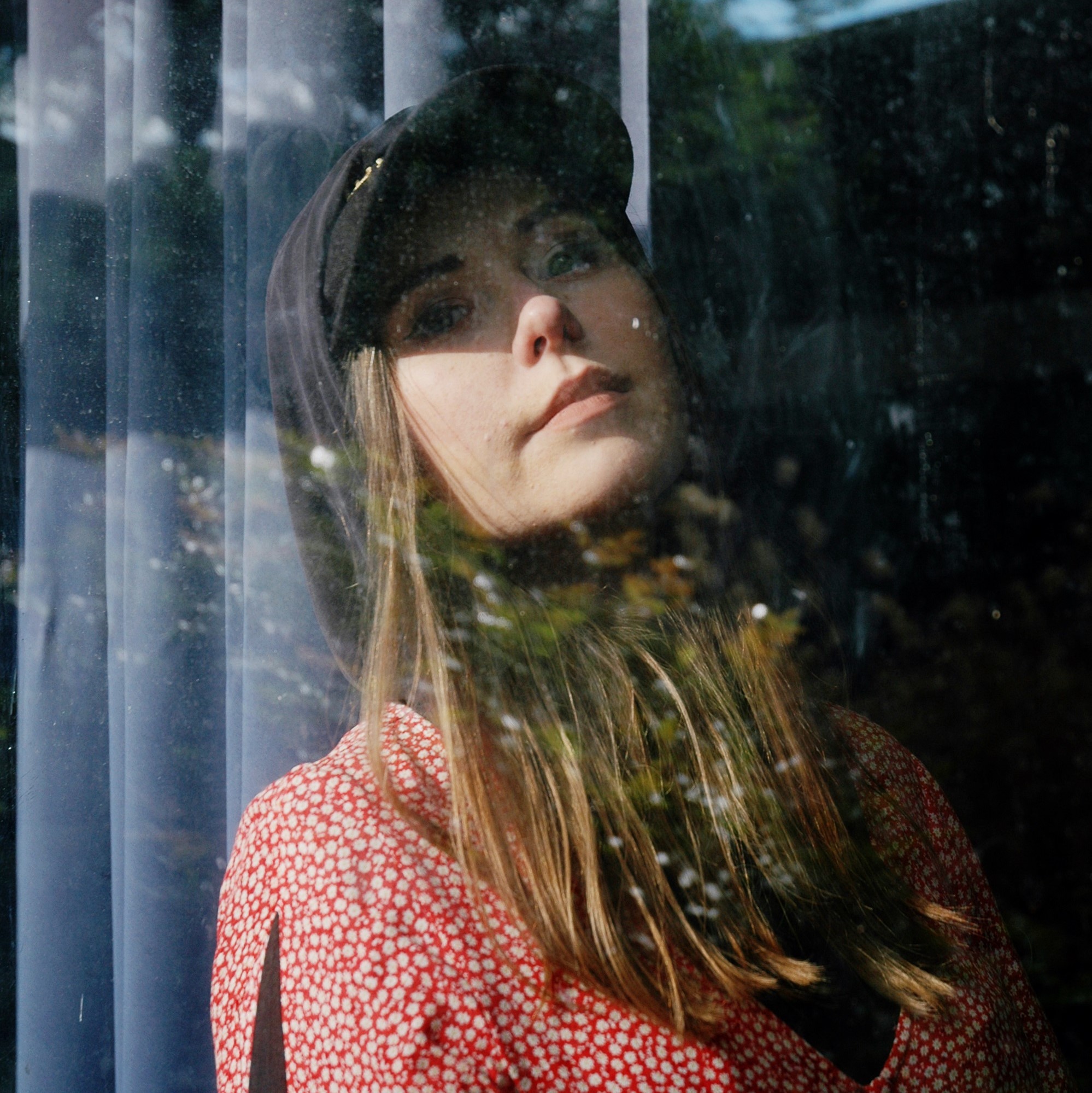 Sveta Grigorjeva is Estonian choreographer, dancer and poet and a heavy movie nerd. She has published two collections of poetry „Kes kardab Sveta Grigorjevat“ (2013, Who’s Afraid of Sveta Grigorjeva), „american beauty“ (2018). Grigorjeva has danced in her own choreographies and collaborated with others in Estonia and Europe. At the moment she is finishing her Master’s degree at Justus-Liebig-Universität in Giessen, Germany. 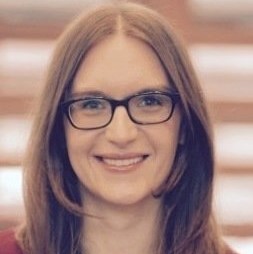 Inga Diev serves as the General Manager of Ouat Media (a Toronto-based international sales and distribution company specializing in short film), where she is responsible for the company’s business operations and oversees all the film sales and acquisitions. To date, Ouat Media has represented eleven Academy Award® nominated short films including three winners. 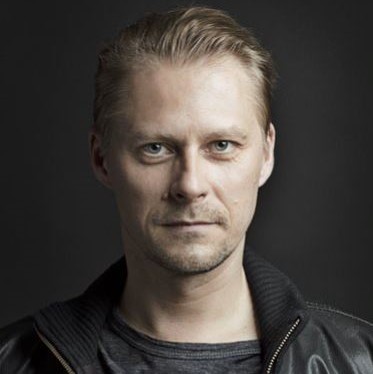 Tambet Tuisk completed his acting studies at the Estonian Academy of Music and Theatre in 2000 and went on to work for theatres Vanemuine and NO99 appearing in over 30 productions. Since 2012, he has focused primarily on films.

Other recent titles include Once Were Rebels (2019) by Johanna Moder (Austria), Leanders letzte Reise (2017) by Nick Baker Monteys (Germany), Tsciller: Off Duty (2016) by Christian Alvart (Germany) and Ich und Kaminski (2015) by Wolfgang Becker (Germany). Tambet has also played in TV series both in Estonia, Germany and Ukraine. He has won a string of awards for his work and continues to be one of the most sought-after actors in Estonia. 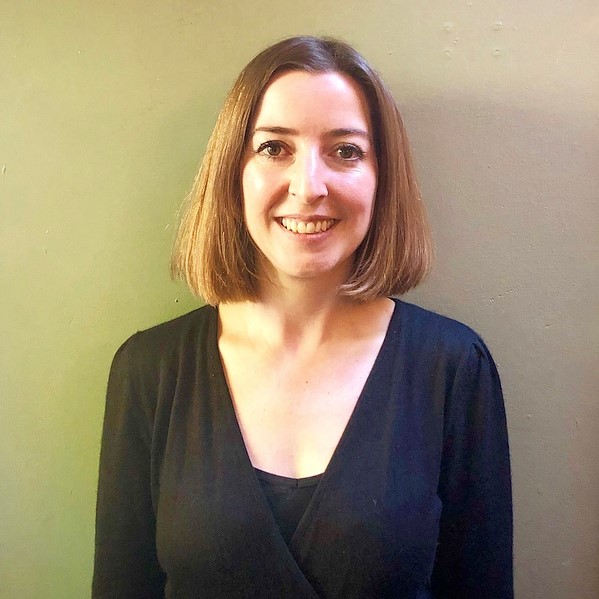 Jessie Mangum produced Rene van Pannevis’ feature Looted funded by the Film London/BBC Films/BFI Microwave scheme, which had its world premiere at PÖFF Tallinn Black Nights 2019, where it won the FIPRESCI award. In 2020 the film will be released in the UK through Bulldog Distribution. Also at the 2019 PÖFF Tallinn Black Nights, her project Moscow Molly in development with writer Nicole Paglia, was the winner of the Script Pool competition.

In 2020 she was selected as a Film London Lodestar, their annual list of top talent in the capital, and the Zurich Academy. Jessie has projects in development with the BFI and BFI Network, and an augmented reality project with Story Futures. She has two projects being developed through the 2020 Edinburgh Talent Lab Connects mentorship scheme, and a project selected for the 2020/21 Attagirl international incubator lab. She regularly consults on story development for production companies, film schools and screen agencies including Screen Australia, Screen Tasmania and Met Film. 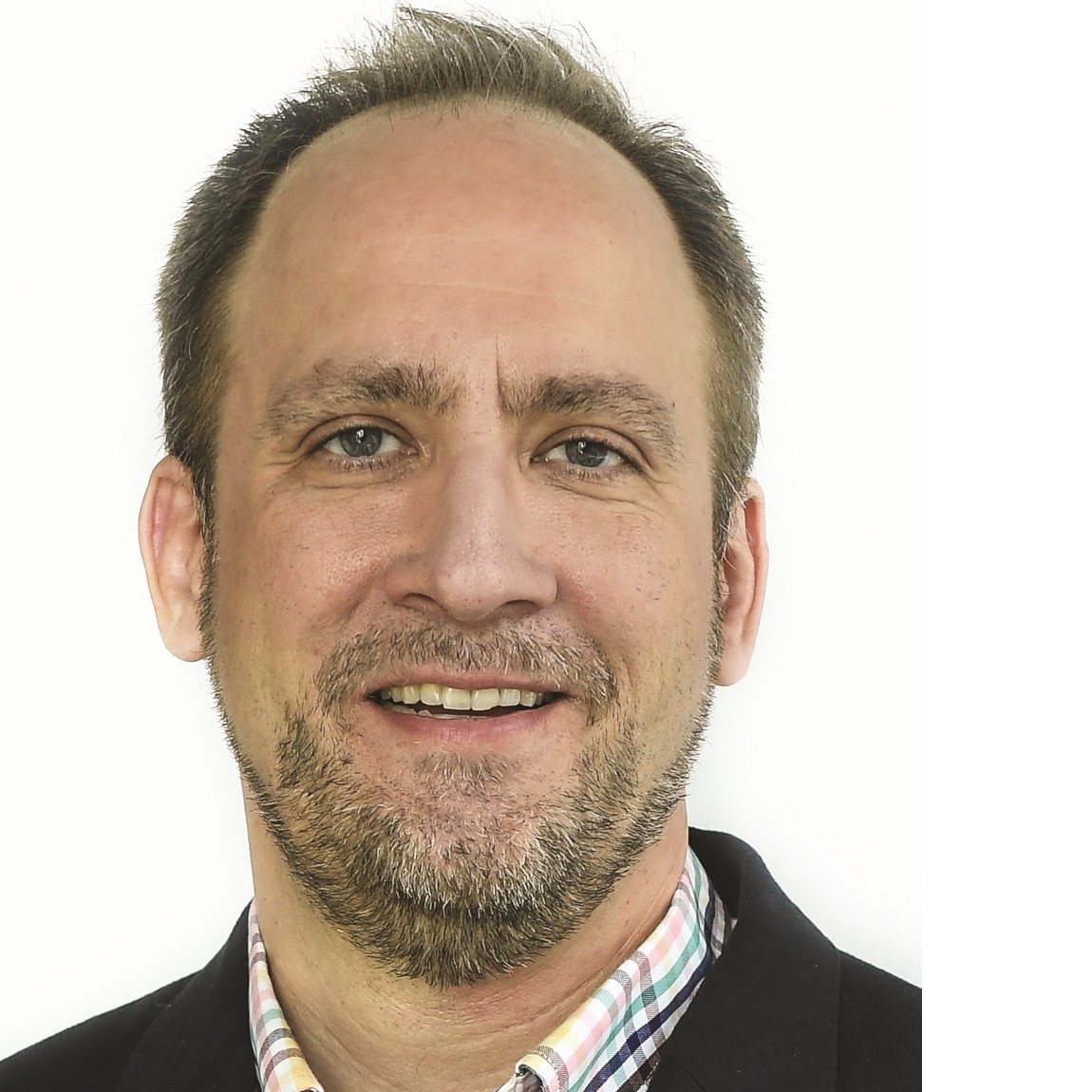 Jason Anderson is a film programmer, journalist and lecturer based in Toronto. He’s been the lead programmer for the Short Cuts program for the Toronto International Film Festival since 2015. He’s also the director of programming for Aspen Shortsfest and the Kingston Canadian Film Festival.

A longtime critic and columnist for Toronto’s Eye Weekly and The Grid, Jason writes regularly about film and music for such publications as Uncut magazine, Cinema Scope and Sight & Sound. He also teaches film criticism at the University of Toronto. 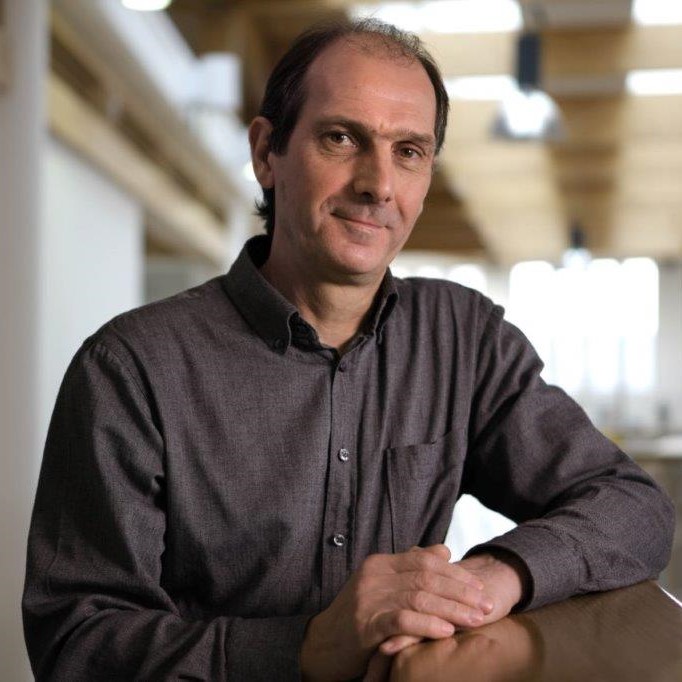 David Sproxton is the co-founder of Aardman along with Peter Lord. He has overseen the development of the company from a two-man partnership to one of the pre-eminent animation houses in the industry. Their first professional creation was the character Morph.

David spent 3 years on the board of the UK Film Council and is on the board of Encounters Festival (Bristol’s celebration of short film), the Bristol Old Vic Theatre and We The Curious, Bristol’s hands-on science centre.

His most recent Aardman film credits are as Executive Producer on Nick Park’s animated comedy adventure Early Man and A Shaun the Sheep Movie: Farmageddon.

In 2018 David oversaw the transition of Aardman into an Employee-Owned company, stepping back from the role of MD in 2019. He is now a trustee of the Aardman EOT. 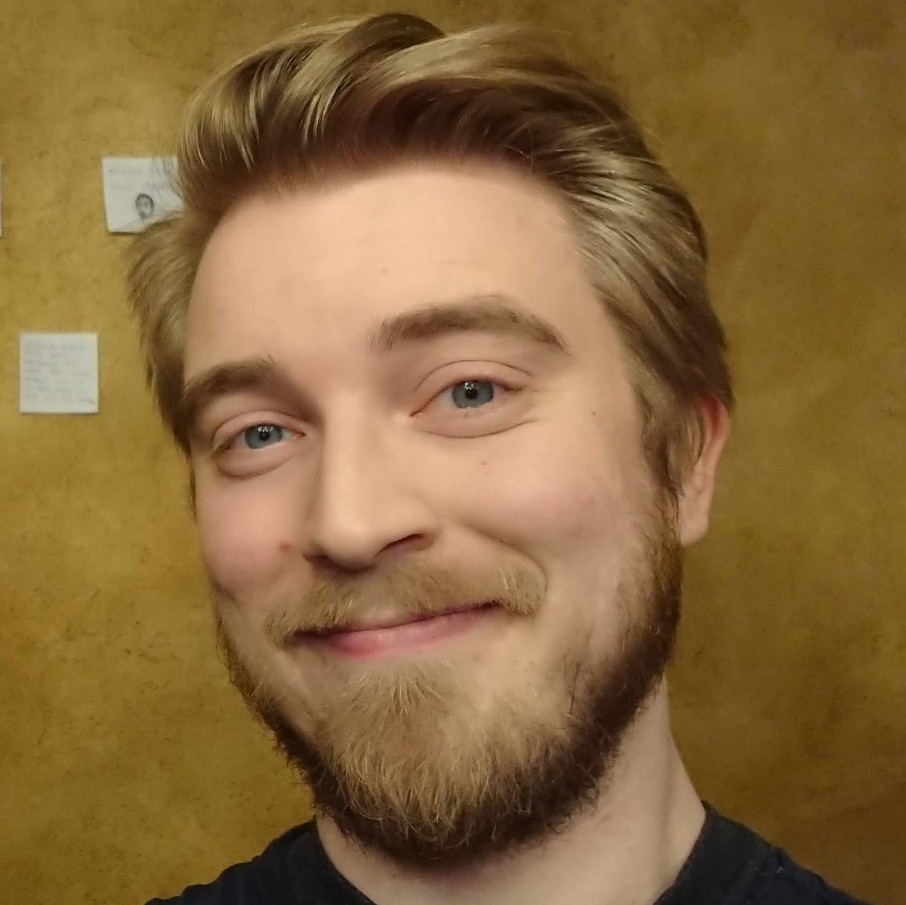 Oskar Lehemaa is an animation and live action director from Estonia. His body horror short film Bad Hair has been selected to over 50 festivals, including Sundance, and has earned prizes at Fantasia, Scream Fest, HÕFF and Fantastic Fest, among others.

Oskar co-wrote and co-directed the feature length stop motion animation The Old Man Movie. The raunchy adventure comedy played at the Annecy International Animation Film Festival and is currently making its festival rounds. Oskar studied audiovisual media at the Baltic Film and Media School and has directed commercials in Estonia since 2010. 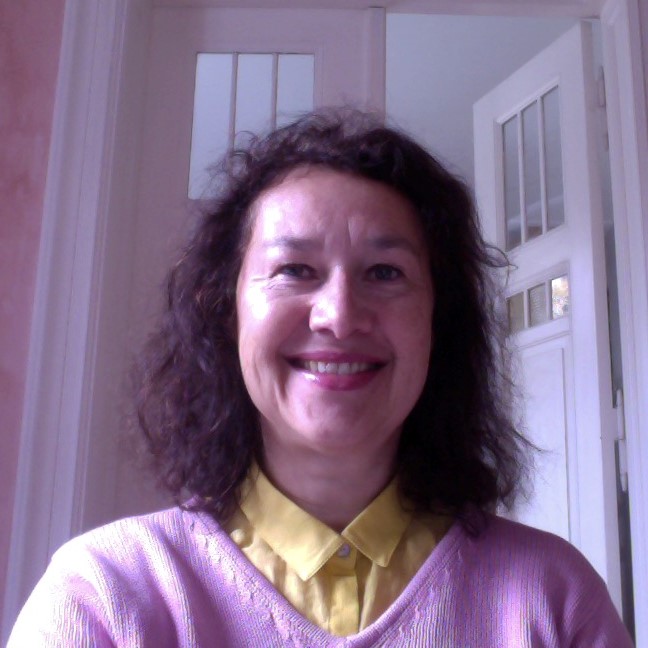 Agnès Bizzaro works as a consultant for European broadcasters and producers in developing animation, formats and live action projects. She started her career as a production assistant in France and then moved to France 2 (France Télévisions), where she was responsible for the co-production of animation series. She then made a station at M6 in the fiction department.

Agnès has been Content Coordinator for Cartoon Springboard, the Cartoon pitching event dedicated to young European talents since the creation of the event in 2015, and is now Content Director. She participated several times in the Visegrad Animation Forum (now CEE Animation Forum) as a tutor, and was a jury member at Fest Anca in 2018. She lives in Berlin, Germany.